CONGRATULATIONS TO OUR PARTNERS, WOODEN SPOON FOR BREAKING THE WORLD RECORD FOR THE HIGEST RUGBY GAME, IN HISTORY!

What an incredible achievement for everyone involved in the LMAX Exchange Everest Rugby Challenge.

Four years after their last successful Guinness World Record attempt for the most northern game of rugby, played at the North Pole. Wooden Spoon have taken their record breaking challenge to new heights… 6,331m high in fact!

The full-sized rugby pitch, which included flags and make-shift posts (in accordance with Guinness World Record Specifications) was set up on the Wast Rongbuk Glacier, near Everest Advanced Base Camp, where there world record attempt took place. The trek to the pitch was a feat in itself, with competitors having to adjust to the altitude and freezing temperatures.

Among the teams were international rugby legends Lee Mears, Shane Williams MBE, Ollie Phillips and Tamara Taylor who can boast almost 255 caps between them.

Having successfully broken the Guinness World Record for the highest ever game of touch rugby, at a height of 5,119m the previous week, the challengers dedication, determination and grit carried them through the tough conditions over 1000m higher, to start their next world record attempt.

Team Phillips and Team Williams battled out a breathless 5-5 draw in the most extreme conditions and in doing so, have raised over £250,000 for the UK based children’s charity.

Team Captain, Shane Williams said: “In arguably the world’s most spectacular setting for a rugby match but also the most inhospitable conditions, the game was incredibly tough. If you ran during the match it took 10 minutes to recover. That said, everyone put in 100% and there was some great rugby played. I can’t praise the team enough.”

Speaking on the world record, OPRO Chief Executive Officer, David Allen commented: “We are so proud of everyone at Wooden Spoon for breaking the world record for the highest game of rugby – everyone associated with the challenge, the competitors, organisers, and the many others; it is a truly wonderful achievement that will in turn change the lives of so many children and young people. Rugby is a powerful sport that brings competitiveness and togetherness to create the best memories. I am honoured to be involved and part of the journey.”

As part of our partnership, we launched a special Wooden Spoon design mouthguard, with £10 from every mouthguard sold being donated to the charity.

You can buy yours here to support the children’s charity. 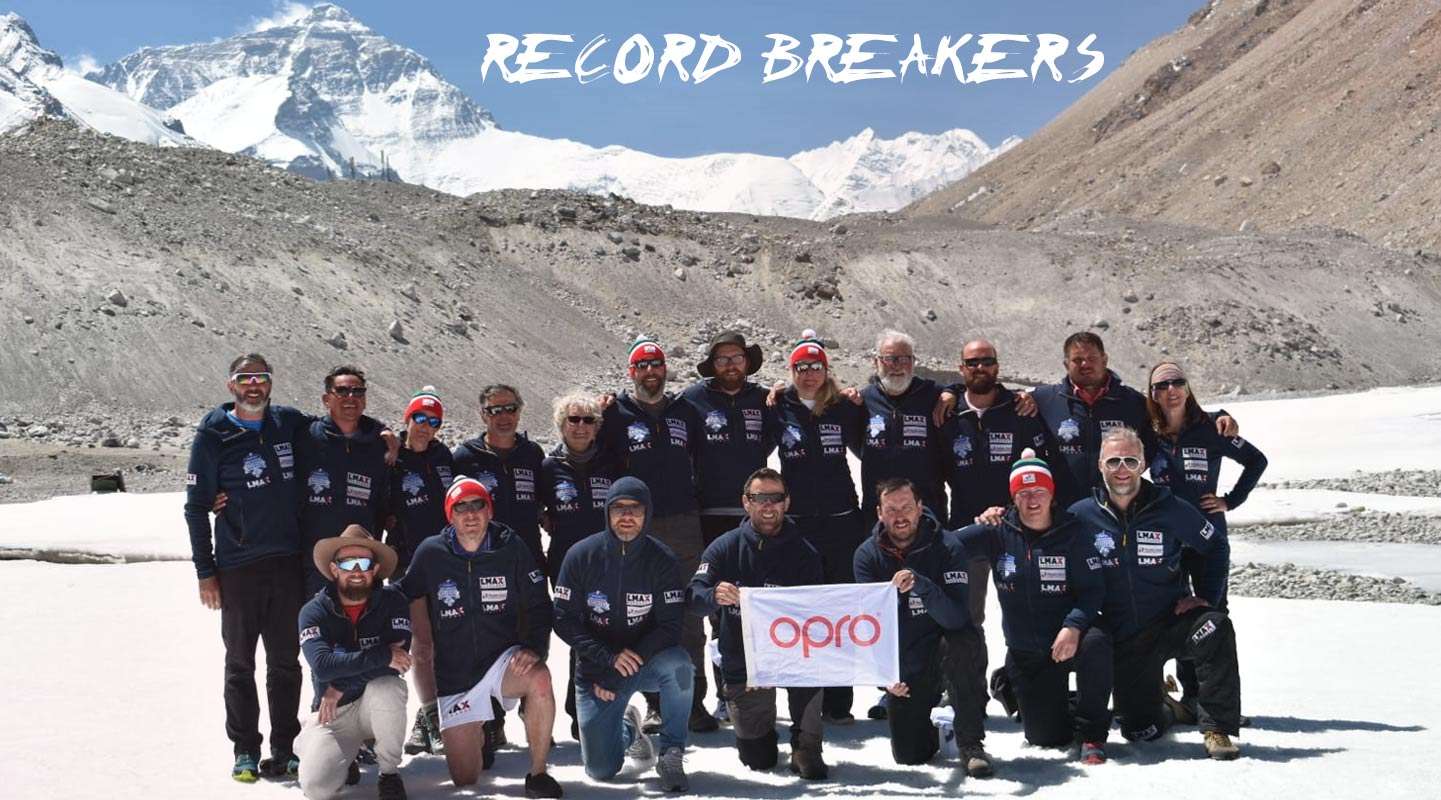