OPRO and Taekwondo Canada Partner Up Ahead of the World Championships 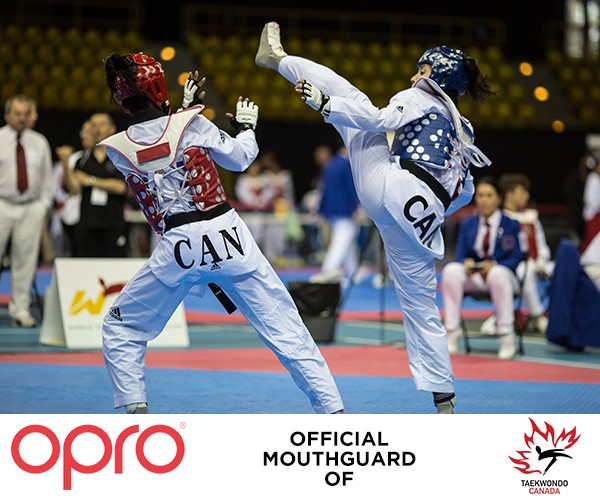 We are very excited to announce our newest global partnership with Taekwando Canada! We are teaming up to supply Canada's Olympic and Paralympic Taekwondo athletes, along with the senior and junior athletes, with the best mouthguards in the world.

Taekwondo was adopted as an official Olympic sport for the 2000 Summer Games in Sydney, and Canada has stood on the podium twice. The silver medal in 2008 inspired a new generation of athletes, and these athletes are ready to take on world.

Team Canada is currently in the UK to compete in the World Championships, which kicks off today in Manchester. This is the first time a Taekwondo World Championship has been hosted in the UK, and between the seven mats, 16 weight categories, and the use of a 4D camera rig to capture all the action, there will be plenty to keep the fans entertained.

The competition will feature 975 athletes from 150 countries (and one refugee team competing under the World Taekwondo flag). The World Championship is a huge stepping stone ahead of next year's Olympic Games in Tokyo.

As Taekwondo Canada competes this week and looks ahead to the Olympics next year, we are proud to be supporting them (with their pearly white gum shields) every step of the way.